5 Things to Combine With CBD For Natural Pain Relief

Addressing what causes your pain is as important as reducing the pain itself. Because of the many underlying causes of pain, you should attack each one specifically. CBD has been researched to have benefits for pain relief. It’s known to be a potent anti-inflammatory and also balances hormones in your brain and body that affect pain relief. We’re going to look at some of the other natural ingredients out there that can help CBD work as well.

So, let’s look at some of the “force multipliers” of CBD:

If you were to google natural pain remedies, you’re going to find almost all of the top searches mention turmeric. That’s because of the large amount of published medical studies behind it combined with the amount of people who’ve continued to use it for years. t’s still a dietary supplement, not an FDA regulated medication, but the results are clear.

Here are a couple of quick examples for turmeric/circumin effectiveness:

And here, the University of Michigan with others showed 367 primary knee osteoarthritis patients received either ibuprofen at 1200mg a day vs 1500mg of circumin a day for 4 weeks. Results: Both felt the same amount of relief, but the ibuprofen had GI side effects and the circumin had none.

Evidence points to turmeric having these benefits:

Did you know a lack of sleep impairs the brain’s ability to naturally fight pain? Research has shown that poor sleep can make you more sensitive to pain. The researchers have gone as far as drawing a line between lack of sleep and opioid addiction. Those who don’t sleep as well have more pain and therefore need more pain medication than those that get a good night’s rest.

Just a few pieces of evidence for you to look at:

Pain from injuries require healing obviously. The body heals when you’re sleeping. This is when cells get repaired and inflammation is fought off. Chronic pain is the body in disarray. If you’re not sleeping enough, you’re not healing injuries. I know this sounds basic, but that’s part of the chronic pain problem in the USA. Everyone wants to skip over the natural, primal needs and often that’s what puts us in the positions we’re in.

Trouble sleeping? Well, we’ll address that more when we get to CBD!

Your body can’t make ALA. You can only get it from your food. Your body is able convert some ALA into EPA and then to DHA, in small amounts. So, the only practical way to get more levels of ALA omega-3’s into your body is through food and dietary supplements that have them.

Where to get your Omega-3 Fatty Acids from:

Most people take fish oil such as Cod liver. You can also get them from foods like plant oils such as flaxseed, soybean, and canola oils. DHA and EPA are found in fish and other seafood.

But, I want to highlight a better option: Hemp seed oil.

Here are the main reasons I love hemp seed oil over any other Omega-3 rich food or supplement, especially over fish oil: 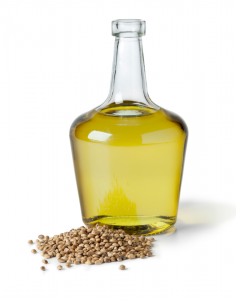 This is one of the many reasons we put our CBD in hemp seed oil and not an MCT oil. 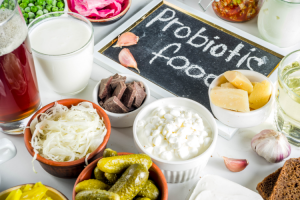 While inflammation is a normal part of your body, it can be overdone. Overactive inflammatory responses are the basis of what an auto-immune disease is. It’s the problem with arthritis and lupus. Inflammation can get out of control.

Super-probiotic foods according to Harvard Health:

Here’s some of the evidence for probiotics:

Everyone’s either seen commercials for it or run into it at the stores. While the studies are back and forth on the effectiveness, we know that Glucosamine and Chondroitin:

This is the most widely referenced and long-term study: the Glucosamine/Chondroitin Arthritis Intervention Trial (GAIT). They put glocosamine, and chondroitin both supplements individually against  celecoxib (Celebrex) and a placebo (inactive pill) in nearly 1,600 people with knee osteoarthritis.

Caution with Glucosamine and chondroitin: They do interact with blood thinners. So, talk to your doctor if you’re taking blood thinners including (but not limited to) 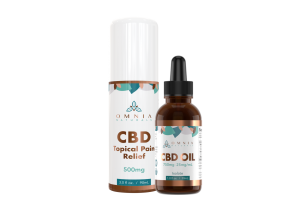 Where do we get started.

The benefits of CBD oil include:

So, when we provided you with all the other natural pain relievers above, you can see how combining any one of them with this is a force multiplier. Just the sleep effects are so important to the rest of your recovery. But, also CBD’s ability to reduce inflammation and help with mood support and pain are massively beneficial to all the other natural remedies we talked about above.

Remember, pain is the body’s signal that something is wrong. It may be temporary, as with a strained muscle. But pain can also mean you have a serious health problem that needs professional medical evaluation.

Key points about these natural pain relievers and CBD:

What are some natural pain relievers without NSAIDS?

Some of the most well-studied relievers are turmeric, glucosamine/chondroitin, CBD and some you wouldn’t assume like probiotics and good sleep!

What are some natural pain relief methods

We’ve outlined 7 and how they work. A few of these include Omega 3 fatty acids, probiotics and turmeric. The research is promising on these as well as CBD

What is a natural pain reliever for joints and muscles

The most popular natural remedies for joints and muscles are turmeric as well as glucosamine & chondrointin. These are among the most researched as well. Topical CBD and CBD oil are also taking the holistic world by storm.

What is a natural pain reliever and sleep aid?

You should approach pain relief and improved sleep as a lifestyle change. Many people have turned to turmeric, CBD, and omega 3 fatty acids as a part of this holistic approach because of their combined anti-inflammatory effects and sleep support.