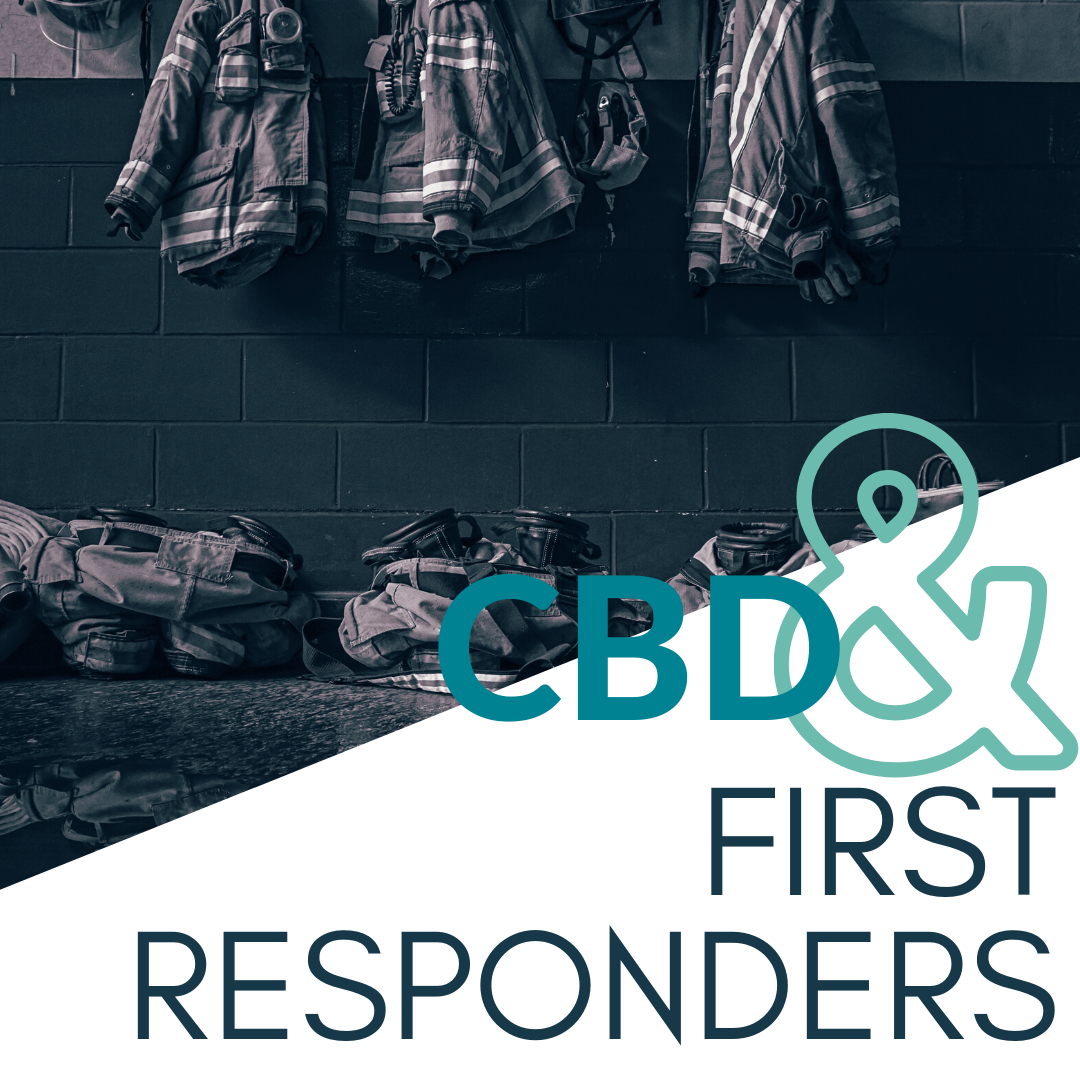 CBD And Firefighters – Is It Safe For Us To Use?

Most of us on the job have had to go through recovery of an injury and/or surgery. We’ve been prescribed opiates for our pain, benzodiazepines for our sleep or PTSD and it affects the way we function not only at home but on the job. In most of the fire service, we’re not seeking an alternative of any kind, let alone a better one.

If this question hasn’t been brought up around your firehouse yet, it will be soon:

What’s the deal with CBD and Firefighters? 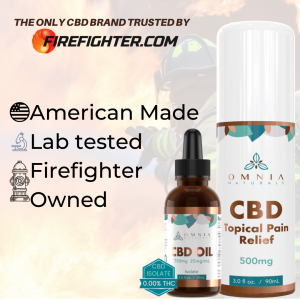 Will our members fail a drug test?
Is it addictive?
Is it safe?
Is it even legal?

It’s not marijuana, it’s not mind-altering and it IS legal at the federal level.

Fire departments all over the country and their unions have been grappling with the concept and potential issues with allowing their members to use CBD.

I’m assuming you’ve heard of what CBD is, but if not here’s the quick rundown:

CBD is the non-psychoactive compound found in the hemp plant (if you’d like to read more on the basics of what CBD is see our article here) It’s been gaining a lot of interest in the recent years after it was shown to have a lot of positive effects in the body without any significant side effects. It’s potential therapeutic benefits and no “high” could mean great things for the fire service.

I’m a firefighter in South Florida and my brothers and sisters ask me this all the time since I’ve earned the reputation as “the CBD guy” over the last couple of years after I started Omnia Naturals. We were invited to speak on Fire Engineering’s podcast The Chaplain’s Corner Where we covered everything in this article plus a whole lot more on this subject.

What Are The Benefits of CBD for Firefighters?

Look, this is definitely not a young person’s game. The longer we’re on the job, the more prone we are to back injuries, tears, cuts, bruises, etc. I think some of our retirees are held together with duct tape and stubbornness. We’re already loaded up with synthetic pre-workout stuff, we walk around in a constant state of sleep deprivation, we’re always at risk for PTSD. Cancer and cardiovascular disease are bigger threats than flashovers.

Why wouldn’t we start looking to natural alternatives to some of these things that reduce our longevity?

So, let’s talk about CBD

While we can’t make any claims about what CBD can do, there has been a mountain of research over several decades for it’s potential uses.

The majority of research done on CBD is for:

Currently, the only thing the FDA has approved CBD for is epilepsy, and that’s from a drug called Epidiolex (which is CBD and cherry flavoring).

There have also been case studies regarding CBD and PTSD, and one in particular was centered around 9/11 survivors at the World Trade Center.

You can see that article by clicking here

The World Health Organization (WHO) published an official stance on CBD. They stated that it has no risk of addiction and has a very good safety profile with no possibility of overdose. Up until recently there has been no established dangerous dose (LD50) but it has been found by the University of Arkansas to be 615mg per kilogram of body weight. This is an astronomical amount and would require you to drink several liters of CBD all at once.

The parts of your brain that cause you to stop breathing from an overdose on heroin or a benzo for example, are not stimulated by CBD. Your brainstem is left untouched, so the areas that are responsible for breathing and level of consciousness are not stimulated or depressed when taking CBD

Is It Legal? What About The IAFF?

Yes it is legal.

The picture below shows the 2018 farm bill legalizing all extracts of the hemp plant as long as they have less than 0.3% THC by weight.

The trickier questions come from your union contract (if you’re an IAFF member) which could specifically prohibit you from using CBD itself, if that’s the case then your hands are tied until your contract changes, obviously.

However, most contracts within the IAFF only prohibit the use of Marijuana and they test for it via a standard urinalysis drug screen. Included on this drug screen is THC (among opiates, amphetamines, benzos and cocaine, most commonly).

What About Random Drug Testing?

Here’s the MOST IMPORTANT factor to understand as a firefighter on the job interested in taking CBD:

And since CBD doesn’t make you feel intoxicated, high, buzzed, or any of the like, it’s safe to use for first responders in the field.

A urinalysis is performed when you go in for drug testing, this is a cheap kit to look at your urine. This is a “dumb” kit because it can’t look at a molecular compound in detail. It’s simply triggered by metabolites.

A confirmatory test is automatically performed whenever a positive urinalysis is found.

This is where they use complex processes (like liquid chromatography or mass spectrometry) and they’ll soon see that this is not THC it’s in fact CBD.

There are CBD products out there that contain THC in them, they’re called Full Spectrum products, and they contain the naturally occurring amount of THC that’s found in the hemp plant which is 0.3% or less by weight. When all of the THC (and other compounds) are filtered out, it’s then referred to as CBD Isolate which can be in an oil, skin cream, patch, pill, etc. If you’re taking full spectrum CBD, there is absolutely a chance you can test positive for THC on a standard urinalysis drug test.

We’ve helped departments large and small with their policies and questions about getting CBD into their policies. Contact our owner here:

The answer is lab tests.

Any brand worth their salt will provide a readily-available lab analysis that’s been performed by a 3rd party. This most commonly uses Mass Spectrometry Gas Chromatography (My Hazmat members just got excited) to analyze the exact molecular makeup of these products. They can tell not only how much CBD and THC is in the sample but they can detect if any pesticides, heavy metals, solvents or other contaminants like bacteria are in the product. For a firefighter, verifying lab tests before you consume CBD products is mandatory.

I completely understand the apprehension behind taking something that you think might endanger your job.

you can see for yourself that you’re passing a drug test after taking our CBD. 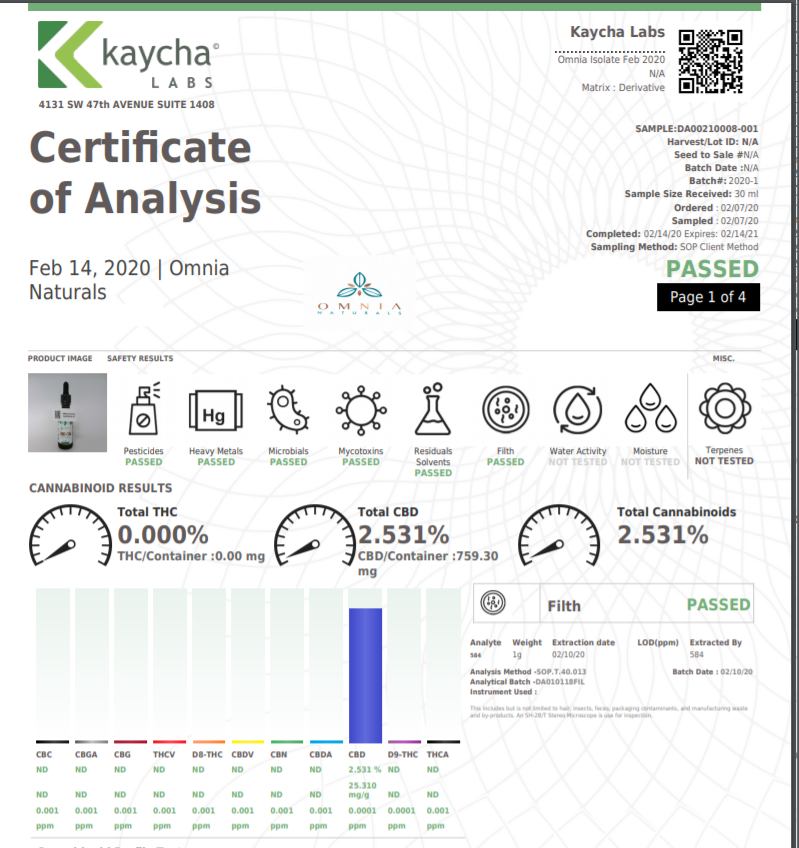 Note the bar graph: the numbers just above the ppm are lowest detectable amounts. THC shows up in as little as 0.0001ppm.

We really do have ZERO THC

Where Are We Getting This Information?

CBD has been studied for decades, but we still don’t know much about it due to the fact that hemp was considered the same as marijuana (even though they’re two totally different plants) and illegal up until December of 2018. We’re reading and learning every day, here are some of the most prominent studies, and what we’re basing all of the info on this article from.

Cannabidiol in the Treatment of Post-Traumatic Stress Disorder: A Case Series

World Health Organization (WHO): A Critical Review of CBD

CBD and Firefighters: The Bottom Line

It is legal, it is safe to use and it won’t get you high, intoxicated or buzzed. If you ensure you’re taking CBD Isolate, you won’t fail a drug test and there is no possibility of addiction or even overdose. It’s a safe natural alternative to help with some of the issues we deal with being on the job!

If you found this helpful, please tell the guys and girls at the firehouse about us. We have great discounts for all first responders and we love answering questions so leave a comment or contact us via live chat or email!

Will CBD show up on a standard urinalysis fire department drug test?

No. CBD is not tested for in a standard urinalysis. THC, which is prevalent in marijuana, is what is tested for when screening for the fire department. CBD oil can be made firefighter friendly if it’s created with CBD isolate and tested to be shown to have 0.000% THC, making it safe to take regularly and still pass a standard urinalysis drug test.

What are the benefits of CBD for firefighters?

Research has shown the possibility of CBD being a potent anti-inflammatory, a pain reliever and can possibly promote good sleep from conclusions drawn by these researchers. There have also been studies on CBD for PTSD, depression and anxiety that have shown a lot of promise.

Can firefighters use cbd oil?

Most departments don’t have a rule against CBD they simply require you to pass drug testing. The standard drug test looks for the THC from marijuana not the CBD compound. Unless your department, city/county or union prohibits it, you’re legally allowed to use CBD.