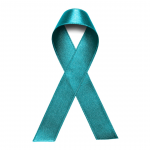 In a nutshell, PTSD is when a person has a difficult time recovering from experiencing or witnessing a terrible event. Although, that one sentence can’t possibly summarize what people feel when coping with these thoughts and emotions, it’s the essence of what happens to the brain and body during PTSD. Firefighters are obviously prone to PTSD due to the nature of responding to and experiencing numerous traumatic incidents.

PTSD isn’t completely understood yet. The medical community is searching for answers as to why some get PTSD and others do not while they experienced the same event, often right next to each other. They’re trying to understand what’s going on in the brain and what happens to the body when diagnosed with PTSD. Maybe, after a grasp of what’s going on in your mind and body, the treatments for PTSD can become more effective. According to experts in the field, treatment for the mental and physical damage of PTSD needs to be more effective.

Signs and Symptoms of PTSD in firefighters

According to the Mayo Clinic, these are signs of PTSD. They’re categorized as follows:

Mood: loss of interest or pleasure in activities, guilt, or loneliness 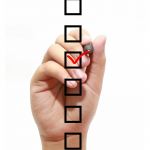 While depression can be one factor in PTSD, they are two different diagnoses. It requires several factors that are sustained over a month and can usually trace back to a particular incident. Depression doesn’t need to be triggered by anything, it can simply result from a hormone imbalance. Depression requires much less criteria to diagnose and is much more common. According to the National Institute of Mental Health, there are 17.3 million Americans with depression

Compare that to PTSD which the VA states on any given year there are 8 million adults with the condition. 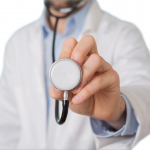 A doctor has to diagnose PTSD. The diagnosis comes after signs and symptoms are present for over a month and criteria is met from the Diagnostic and Statistical Manual of Mental Disorders (DSM-5). This is the handbook that psychological clinicians use to diagnose a wide range of mental and behavioral health disorders.

Although a CT scan of the brain isn’t used to diagnose PTSD, it’s often performed to better understand what’s happening in the brain with PTSD

Where does CBD fit in?

Why study the effects of CBD on PTSD in the first place?

Well, PTSD is associated with hormonal imbalances, and a state of persistent inflammation. CBD has a mountain of research on both of those things, so applying it to PTSD is a logical next step. CBD has also researched to improve the aversive memories involved with PTSD. This is a part of PTSD treatment that is not addressed by current prescribed medications, as you’ll see below. Also, while most studies on CBD for things like Parkinson’s and schizophrenia use high doses of CBD, these studies are using small doses (like 32mg for example) to show effectiveness.

To date, overwhelming evidence from animal models suggest that stimulating your body’s cannabinoid system is very important in getting rid of emotionally aversive memories.

Psychotherapy treatments, such as exposure therapies, seem to be limited both by logistical issues due to scheduling. People have to participate in these very often and don’t have time. And, many individuals who undergo treatment often don’t have sustained recovery from symptoms. In other words, it doesn’t work that well.

Currently approved treatments for PTSD include SSRIs and serotonin/noradrenaline reuptake inhibitors, both with low efficacy (Bernardy and Friedman, 2015). The response rate for SSRIs rarely exceeds 60%, of which less than 30% represents complete remission (Berger et al., 2009). Again, this treatment isn’t always the best course of action either.

Long story short many of the conventional prescription drug options for the treatment of PTSD show only modest clinical benefits.

Why are medical pros banging their heads against the wall, repeating the same treatments for such a serious and widespread condition that has marginal effectiveness?

Because they don’t have any other options.

Experts are still in the experimental phase of treating PTSD. The drugs and therapies that patients undergo are being studied after treatments to better understand what workd and what doesn’t. If a new and more effective treatment comes out, they’ll start using that one. On and on until more effective therapies are found.

While we can’t make any medical claims about CBD, we can present the research that’s being done and the results they’re showing. It’s very clear that the medical community is interested in the effects of CBD for all mental wellness, but CBD for mental wellness is not approved by the FDA.

Here’s what we do know. People like yourself will read and educate themselves. That’s why you’re here now. Every aspect of your health and well being requires you to research and educate yourself a bit. Do the same here and see for yourself how much time and money that doctors, scientists and universities all over the world are pouring into CBD. For a good reason, the future is bright and what we know about CBD now is just the tip of the iceberg.

In fact, we’ll be updating this article regularly when more information becomes available. If you haven’t signed up for our email list, do so now and you’ll know when we do.

How is PTSD diagnosed?

Is there a cure for PTSD?

No cure exists, only treatments. The underlying causes of PTSD need to be understood and addressed, so treatments are based around understanding the patient and what may have caused PTSD

Are PTSD and depression the same?

No. Depression can be one of the many things you’re battling with PTSD, but they’re not the same. PTSD needs to be diagnosed by a professional based on multiple criteria and is usually tracked to traumatic events. Depression can occur without such an event.