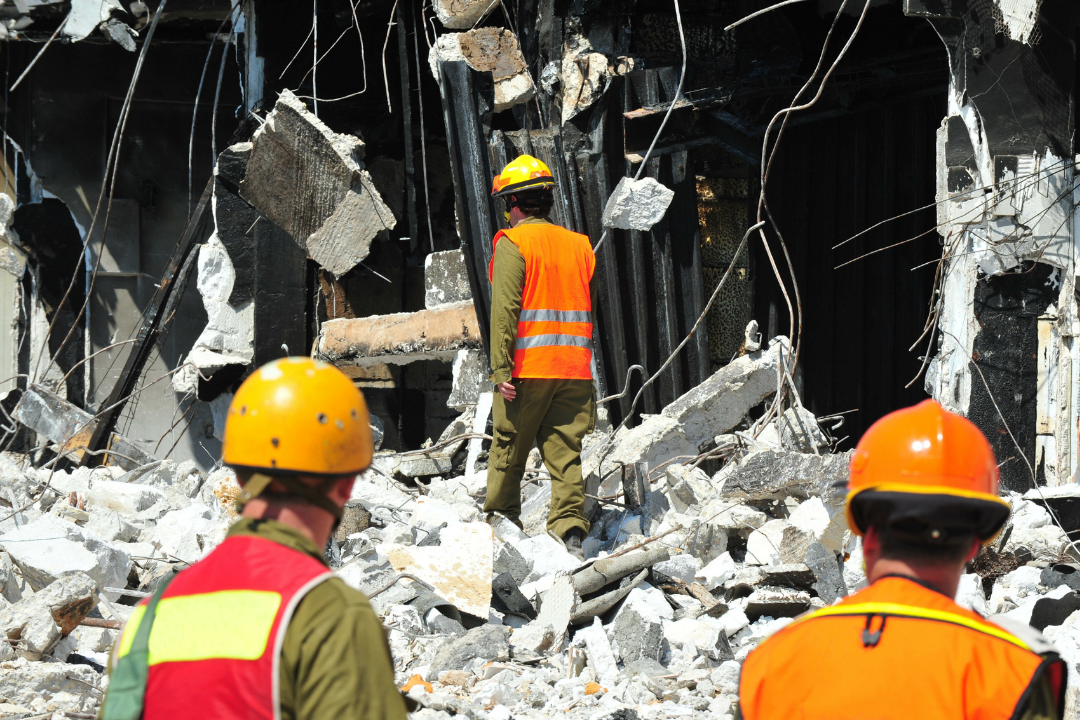 Debriefing first responders after an incident

There is a decent amount of reasoning and study behind when we should debrief after a significant or traumatic incident.

I wanted to also bring up another dimension; Recognizing when we should debrief. Being a member of my fire department’s peer support team as well as a company officer, I’ve been able to see how these things should (and should not) go. Some of this is my personal experience and some of it is what the professionals recommend us to do.

NOTE: I’m not referring to a debrief as CISD session. The initial debriefing of a call that’s informal around the station or in the truck is (in my opinion) the most important one. This is where you can recognize problems. This initial debriefing or CISD for that matter is not a substitute for mental health treatment. Instead it allows us to evaluate our members emotionally and to provide an open line of communication should a more serious intervention be required.

If someone is going to notice a firefighter or first responder is acting “off” or needs help, it should be one of us. 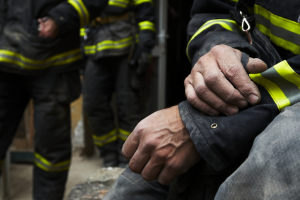 Straight to the point: defusal happens informally, usually by a company officer. It’s a conversation that starts between crew members and happens more often than you’d realize. We’re doing it all the time even after frustrating calls. It’s a method we use to vent and to have an open line of communication between our crew.

Debriefing is formal. It’s a part of CISD/CISM and is contested as to whether it is effective or not. There is research to show that single-session CISD is ineffective and can potentially be harmful. Some of the reasons cited for this are

I’ve got about 12 years on the job and 14 total in emergency services. I couldn’t say for sure what is truly defined as a traumatic incident.

I wish I could say “you’ll know it when you see it”, but even that’s not always true.

As a company officer I’m looking out for physical and mental dangers for my guys and girls all day everyday. In developing my understanding of them I believe that I’m able to assess what THEY feel is a significant incident. No two firefighters are affected by the call in the same way. Because of this, I think we have to recognize that sometimes our members may be hiding symptoms of post-traumatic stress (NOT PTSD, just the stress) after an incident.

Why would they do this?

Because the guys/girls are already past it.

In the event of a fatality, an MCI or an act of terrorism it’s pretty clear that the guys and girls are going to need some talking to. Those are the very obvious cases we have to address. The subtle ones where a single member may be feeling “off” are the tough ones.

Company officers and other crew members have to keep a sharp eye and be open and willing to discuss or be an ear for their brother or sister. 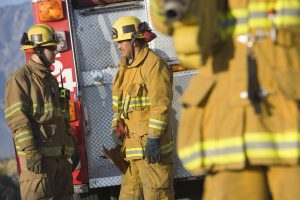 You just had a rough call. You can tell one or more members are traumatized. Maybe they’re distracted, not talking or just outright crying. Do you let some time pass before you bring it up? Do you start talking about it in the truck? Or wait until you get back to the station?

The best thing to do is to talk about it ASAP for several reasons. Obviously the incident will be wrapped up, but even before the truck is ready for the next run, you may want to just go out of service for a few minutes and talk with the crew inititially.

Something as simple as “that was a rough call, we don’t have to get into everything right now, but I want to talk to everyone and make sure you guys are ok”. Maybe bring up some great things that each person did on the call and focus on some positives.

The good thing about bringing it up right at the beginning is that you’ll shatter any stigma that it’s not ok to talk about it. Opening up immediately and letting the crew know that we can have an open discussion about how we’re feeling about that call is something that can help your brothers and sisters feel comfortable talking to you. Even if everyone says “No, I’m good, I feel fine and I have no problem with this call”. Later, if anything changes, they won’t feel any resistance to come and talk because YOU let THEM know it was ok to do so right off the bat.

I’m not saying you should go into a full debriefing while you’re still on scene. But, everyone involved needs to know that the door is open for communication as early as you can.

Once you’re back in the station, you can have the sit-down and ask everyone how they’re doing and just open up the table to anyone that needs to talk.

Sometimes people want to talk but they don’t want to do it in front of everyone else. If you’re a company officer and you notice that one of your crew members isn’t opening up but you suspect they need it, ask another member with their same rank to speak with them privately instead. Maybe that member will talk with someone else who isn’t their boss.

The point is: if everyone says “nope. I’m good” don’t just take it at face value, there may be some hidden emotions there. If there are, they don’t necessarily have to come out right then. Let that person digest some of the events of the incident, allow them to think about what you said to them and how they did a good job. Maybe they need some time to themselves before they can bring up how they’re feeling to you.

Most of the time, everyone really is ok. You don’t have to play psychiatrist and dig into their minds all day looking for the hidden post-traumatic stress.

But, if you don’t perform a debrief ASAP while everyone is still in the moment of the incident, you will have missed your opportunity to establish the groundwork that it’s ok to bring this up if and when they feel like bringing it up.

The cons of debriefing later (or multiple times in a shift)

Let’s say you talk with the crew back at the station. While you’re going around the table, everyone is open and honest about what they’re feeling or thinking. It’s a good debrief and people are starting to act normal again and they all feel decompressed a bit.

Several hours later an officer on scene or a chaplain stop by and speak with the crew, citing details of the call. Now, the crew is feeling crappy all over again or feeling like they’re enduring the incident twice. I’ve seen this happen more than once.

Waiting to debrief after everyone has already  “come down” off of their adrenaline or the waves of emotions that they were felling is tricky. Some members may be able to process their emotions and move past the incident rather quickly. In this case, it’s not a good idea to bring them back to the incident again in the same day. They’ve been through a lot, let them process the event and check on them the next day or the next shift, but when you do, there’s no need to bring up the specific details of the incident unless they’re trying to talk about specifics.

What the pro’s say: 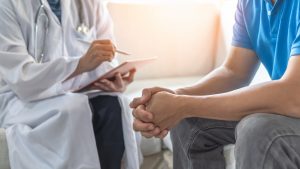 Debriefing and defusing should be conducted preferably in the first 24 hours. If CISD is needed, it should take place in the first 72 hours. CISD becomes less effective the longer you wait. (Davis, 1993, Mitchell, 1988).

Research on the effectiveness of applied critical incident debriefing techniques in the workplace has demonstrated that individuals who are provided CISD within a 24-72 hour period after the initial critical incident experience less short-term and long-term crisis reactions or psychological trauma (Mitchell, 1988; Young, 1994)

Sometimes, CISD debriefings can have the opposite effect. They can make someone’s symptoms of PTS worse!

But, it’s clear that the initial debrief/defusing session cannot do this. In other words, there’s no harm in bringing your crew together to have a discussion about the call and how they’re feeling about it (Devilly, Gist, Cotton, 2006)

Suggestions for starting the conversation:

Conclude the conversation by saying there is no rank when it comes to talking about the incident and encourage everyone to come to you for anything at all whether you’re an officer or not. Mention that you’ll be checking in on everyone on the next shift (and actually do it!)

Debrief early! Allow the guys and girls to hear you say that talking is a good thing.

Highlight the positives of the call and stay away from anything negative or any kind of critique, now’s not the time.

Recognize that every member may want to deal with this issue differently. Don’t be afraid to talk to them on the side or let them be silent.

We’re not here to cure or diagnose anything. We’re providing mental first aid. If something seems to be serious or out of your wheelhouse, it probably is. Seek expert consultation via your peer support team or EAP.

Check on your crews the shift after, let them know you genuinely care for them.

Thanks for reading! If you know of someone who could benefit from this article, please share!

Take care of each other and be safe out there

There are arguments for and against CISD/CISM. One thing that is for sure, there has never been proven harm from letting your crew know you’re there to help and performing a “defusal” after the incident.

What is a CISM team?

A group of trained peers that meet with their co workers to start the Critical Incident Stress Management (CISM) process after a critical or traumatic incident has occurred. A CISM team doesn’t have to be made up of mental health experts, they’re simply trained as peer support for CISM. Also known as a peer support team or First Responder Stress Support Team (FRSST)

Critical Incident Stress Debriefing is a tactic used to provide a “psychological or emotional first aid” to first responders. It’s not intended to diagnose or cure anything, but simply to recognize the need for further intervention and potentially reduce or eliminate symptoms of post-traumatic stress.

When should a CISM debrief take place for first responders?

A debrief or defusal should take place ASAP after the incident. This should happen by members of the crew, not necessarily mental health experts. CISD/CISM happens within 72 hours of the incident.