Not so bad, right?

CBD is everywhere and it’s obvious that people are fascinated by its effects, potential benefits and even how it’s made. It’s really important to know exactly what CBD is. After you understand that, it’s also important to know how it actually works.

If you really want to understand how CBD works, this is the foundation:

The Endocannabinoid system is what makes the body utilize CBD oil. It’s essentially a group of landing sites (fancy name: GPR receptor sites) where the compound cannabidiol (CBD) can be placed.

What is a receptor site?

The simplest explanation is this: A receptor site is like a keyhole. And, you can’t just put any key into door you’re trying to unlock. There are two types of sites (called CB1 and CB2). These receptor sites are located in the brain, spinal cord, kidneys, intestines, male and female reproductive organs.

CB1 and CB2 receptors are keyholes that only cannabinoids like CBD can fit into.

Once these “keyholes” have keys in them, they will produce a reaction. 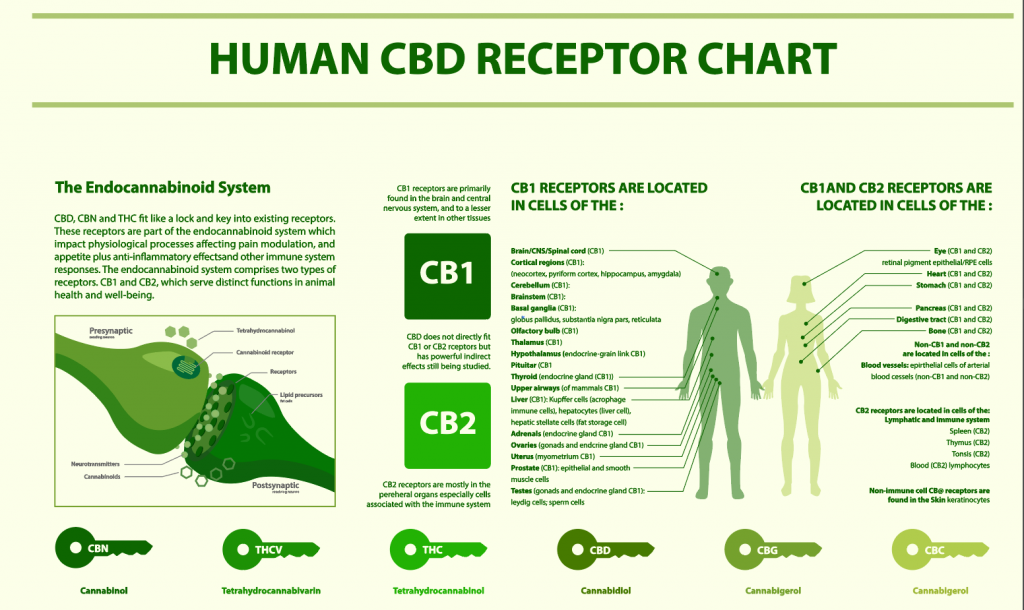 The receptor site that CBD lands on will determine which effects occur in the human body.

For example: research has produced proof  that if CBD lands on the receptor sites GPR3 or GPR6 it will increase dopamine production.

If GPR18 is stimulated, this study showed it will significantly reduce inflammation.

The reason CBD has been studied on patients with anxiety, pain relief, seizures, sleep disorders, Parkinson’s, etc. is because scientific analysis of these CB1 and CB2 receptors have shown exactly how this compound called CBD reacts in your body. 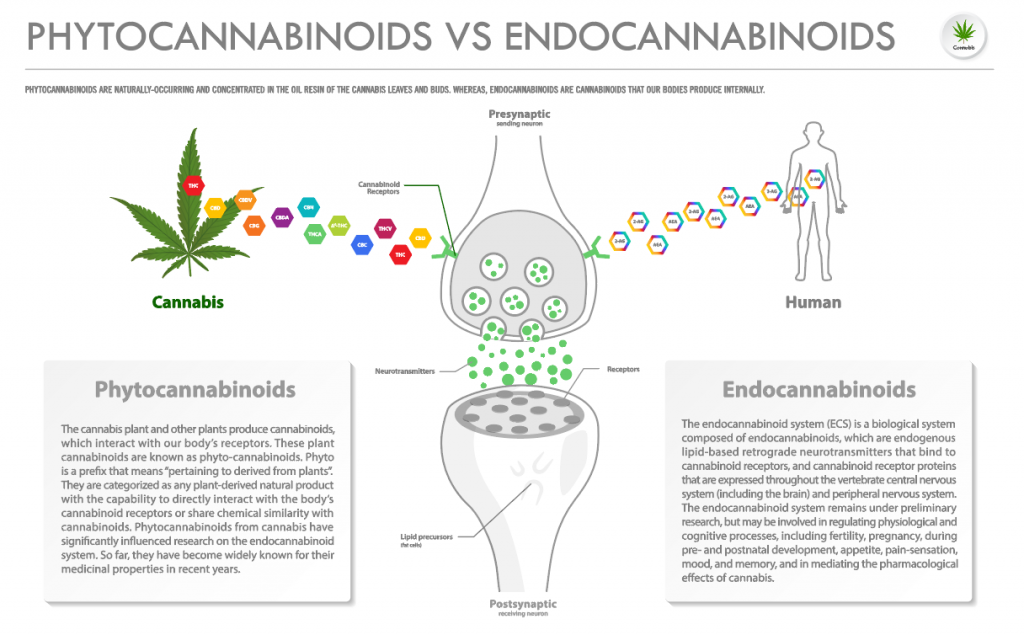 The amount of effects CBD has isn’t fully known yet, but the list of benefits of CBD oil that have been researched is extensive. Among this research is how CBD moves through the body and it’s because of this that we were able to create this guide on how to take CBD correctly.

How Does The Endocannabinoid System Work?

Cannabinoids like CBD release message carriers (neurotransmitters) that lock in to sites in the ECS like CB1 and CB2. When these receptor sites are stimulated they produce the effects CBD is known for.

Do Animals Have An Endocannabinoid System?

Yes! Most living things have an ECS, including your dogs and cats. If you don’t have an ECS, CBD will do nothing beneficial for you. Bees for example, do not have an ECS, so when they’re pollinating hemp and marijuana plants, they do not feel the effects of the cannabinoids.

What Does The Endocannbinoid System Do?

The two (possibly even a 3rd that hasn’t been discovered) receptors CB1 and CB2 are responsible for producing the effects around the human body. CB1 affects the brain and CB2 affects most tissues and organs in the rest of the body with pain relief and inflammation.

What Is The Endocannabinoid System?

The simple version: It’s the system that CBD stimulates to produce the effects CBD is known for. The ECS by definition is a group of protein receptors and neurotransmitters that allow cannabinoids like THC and CBD to affect the brain and body.

Jon Vought is the founder of Omnia Naturals. He’s a full-time firefighter/paramedic in south
Florida with a passion for the outdoors and learning about all things CBD.