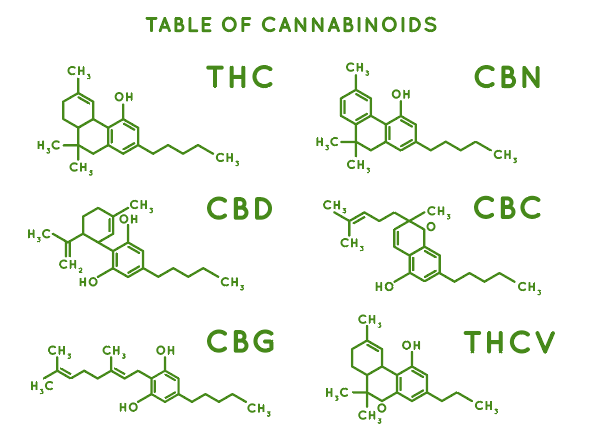 What Are Cannbinoids? Explained in 3 minutes

Cannabinoids can attach to either the CB1 receptor or the CB2 receptor just like a key going into a lock. And, when they attach to these receptors, they can “unlock” certain effects in the human body. This collection of receptors is called the endocannabinoid system

related: What is the Endocannabinoid System?

How Do Cannabinoids Work?

Check out this quick explanation from Leafly:

Every cannabinoid acts differently. THC can make you feel high and CBD may reduce anxiety and pain.

Dr Ananya Mandal (MD), is a clinical pharmacologist and writer about cannabis and cannabinoids. According to Dr. Mandal:

The effects of cannabinoids depends on the brain area involved. Effects on the limbic system may alter the memory, cognition and psychomotor performance; effects on the mesolimbic pathway may affect the reward and pleasure responses and pain perception may also be altered. For example, CBG, CBC and CBD are not known to be psycholgically active agents whereas THC, CBN and CBDL along with some other cannabinoids are known to have varying degrees of psychoactivity.

We know cannabinoids affect our brain and body in different ways. That fact is what makes medicinal cannabis possible. It’s so powerful that pharmaceutical companies have synthesized cannabinoids for prescription use. Marinoal, Epidiolex, Rimonabant and Nabilone are all combinations or isolated versions of CBD and/or THC.

The pharma companies are producing these because they work.

Isolated cannabinoids are not as effective as the full spectrum of cannabinoids working together. This has been researched by a neurologist named Ethan Russo who coined the term “the entourage effect”.

Made in Plants, Made in Humans, Made BY Humans

Since the definition of cannabinoid is any substance that attaches to a CB1 or CB2 receptor, they don’t have to come from a cannabis plant.

Cannabinoids can be synthesized in a lab and used for research or medication.

They can obviously be found in cannabis plants, but did you know they’re found in plants and spices like broccoli, clove and black pepper?

Of the over 400 compounds found in a cannabis plant, up to 113 of these are called cannabinoids.

The “Mother Cannabinoid” is CBG (cannabigerol) which is found in a baby hemp plant. As it grows, it will convert into all other cannabinoids such as:

Each one of these can be heated up and changed into other cannabinoids. For example: CBD can change into CBDL, or they can change as the plant grows in this same way.

What Are Cannabinoids? The Bottom Line:

Simply put, any compound that can attach to either CB1 or CB2 is a cannabinoid.

This can be man-made, plant-made or it can be found naturally circulating in your brain and body.

Where are cannabinoids found?

Cannabinoids are found in cannabis plants, but they’re also found in other plants like broccoli and spices such as clove and black pepper. They can be synthesized in a lab (used for research or medication). They’re also naturally occurring in your brain and body as the hormones anandamide and 2-AG (both of these attach to the CB1 and CB2 receptors of your endocannabinoid system)

What do cannabinoids do to the body?

Cannabinoids attach to CB1 and CB2 receptors in your brain and body. While each of these have different effects, cannabinoids have been studied for the potential to reduce anxiety, pain, nausea, seizures and improve sleep.

What are some examples of cannabinoids?

Is CBD a cannabinoid?

Yes, CBD is one of over 100 cannabinoids found in the cannabis plant (both hemp and marijuana). CBD is found in higher amounts in the hemp plant than in the marijuana plant.